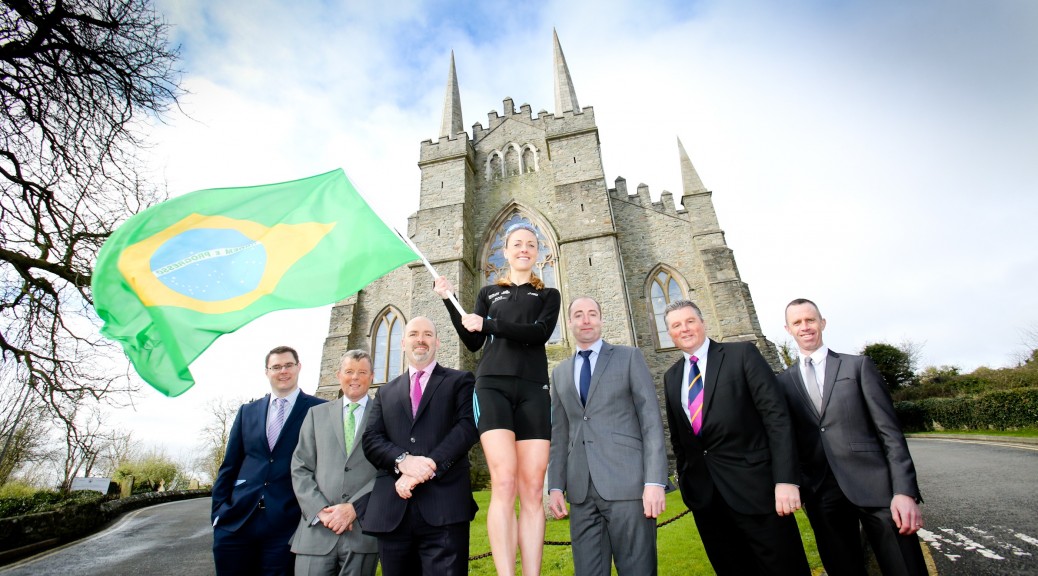 The life of a runner isn’t always roads, trails, sweat and tears. We often get the chance to do lots of other exciting and interesting challenges. 2016 has been jammed packed so far and I’ve met some lovely new people and hopefully encouraged and inspired people along the way.

In February I had the chance to visit the staff at Phoenix Natural Gas and challenge them all to a Park Run a month from that initial meeting with them. It was great to be able to tell people my story of where I started and how I caught the “Running Bug”. A few weeks later I was delighted to meet around 70 staff at Victoria Park in Belfast for what was the first ‘Park Run’ for many of them. It wasn’t the most pleasant of days with a few showers but I was delighted with the turn out and it was great that they had also been raising money for their charity, Energy for Children’s Trust. I was really happy to see that many of the staff had also brought their families and many kids were challenging their parents to a great battle of endurance around the course. Thank you so much to the Victoria Park Run organisers for having us and I hope to see the Phoenix Natural Gas workforce out again for the next challenge. 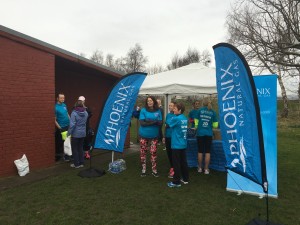 March was pretty busy getting ready to head off to my base at altitude (6,000 feet up in the Pyrenees) but I was able to meet up with a few of my sponsors for some fun activities. I travelled to the ‘Run/Bike/Tri’ Expo in Manchester were I met up with Naked Runner (www.nakedrunner.com). I have been wearing their running sunglasses since 2014 and I absolutely love them. They are so lightweight and their vents mean they don’t steam up. Having changeable lenses means that they are great for our ever changing weather.

I was excited to be there as the Naked Runner brand ambassador as I am very passionate about their products and their new range is really slick. Stephen who is the founder of the company is a great guy; he has put a lot of work into the business and gives a lot back to the sport; he has been a great support to me over the past two years and I had a great day selling the shades to running, cycling and triathlete enthusiasts like myself.

If anyone would like to grab a pair at a great price you can pop onto the website through my link and if you use my code; 10 then you will get an extra 10% off your purchases at the checkout 🙂

Whilst having a wee look around the expo I bumped into many new and old friends. The TrueStart coffee guys were there so it was great to meet them in person. They have been sending me coffee which is caffeine controlled to help boost energy levels for exercise. They were there in the big branded van and they even tempted Paula Radcliffe to a cup of their brew. 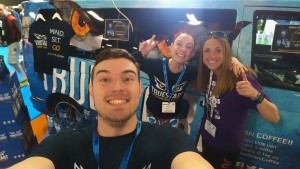 I hadn’t seen Allison Curbishley in ages, so it was lovely when she popped over to the Naked Runner stand to say hi. Allison is a former GB 400m runner who picked up a silver medal at the 1998 Commonwealth Games in Kuala Lumpur, the same year she was part of the 4x400m relay who won the bronze medals at the European Championships in Budapest. Most of you will now recognise her more from BBC athletics commentary and broadcasting. 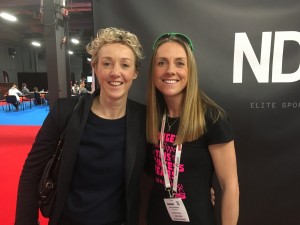 A night out (not on the town) in Belfast took me to the PwC awards night to present a team award. It was great meeting lots of new and enthusiastic people and tell them about my story and how after more than 10 years of hard work finally paid off last year in me achieving the Olympic Qualifying Standard.

I had a great evening listening to all the amazing projects that go on inside PwC – most of which help many many charities. I would have loved to have stayed to party after the awards but this is an important year for me. I have kept in touch with a few of the people I met that evening and I’m enjoying watching their progress in local 5ks and even marathons! Hoping I have inspired a few to keep on running! 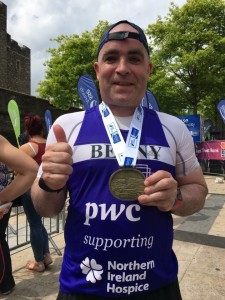 A few days before I headed off to Altitude I was able to link up with my sponsors McGrady’s of Downpatrick. We had a fun – but very cold photo shoot at Downpatrick Cathedral. The help I have received from the partners has gone into funding my Rio Preparation Camp at Altitude in Font Romeu in the beautiful Pyrenees. I am so grateful that they have taken an interest in my journey and supporting of my dream. 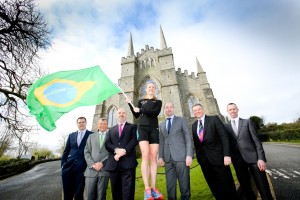