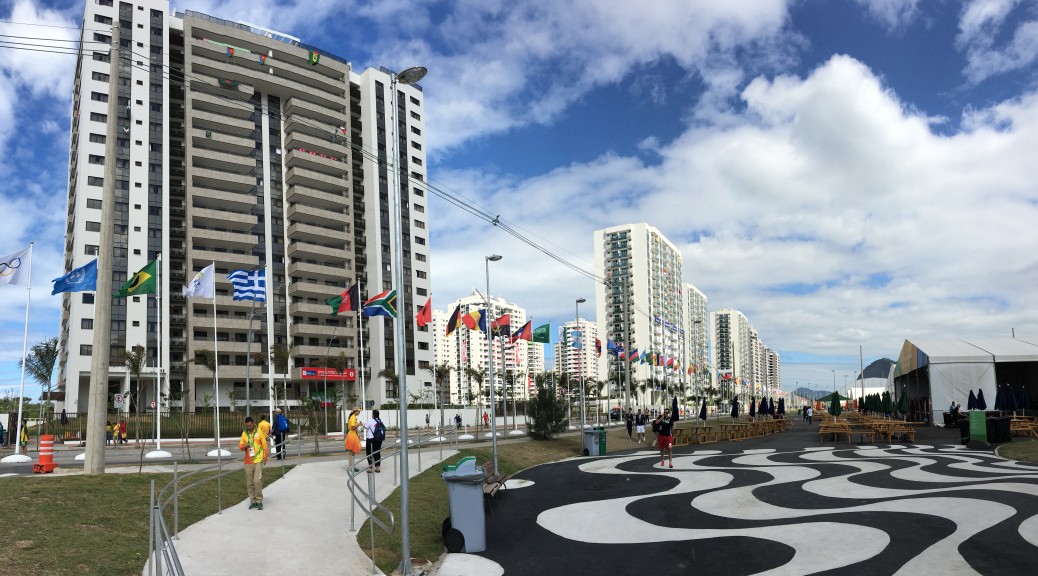 On 9th August the Irish Athletics Team entered the Olympic Village, home for the next two weeks. Accreditation was sorted and we headed on a village bus to our apartment block.

The size of the Olympic village is crazy, its so big that there was a bus service that rotates round the whole place. The apartment blocks are high rise buildings and we shared our block with Team New Zealand. The place can only be described as a small town and has everything you need from 24/7 dining (which also includes a McDonalds that I have to admit I never visited) to a Samsung phone shop, gyms, hospital/clinic, shops, parks, water features, a post office and other facilities.

We arrived early, got settled into our apartments (all the Irish athletic girls were sharing which was great). We all had lovely Olympic bed spreads (which we could take home) and each athlete was given a special Olympic Edition of the Samsung Galaxy 7 Edge – an amazing gift! 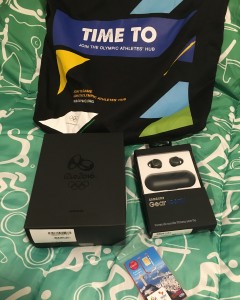 Coach Rodgers and I jumped on a bus to head to the Olympic Stadium for my last session, it was 30 degrees and the smell of the newly laid track made my nerves kick in, that and the fact I was sweating buckets just standing in the heat. I completed the session on the warm-up track and then it was time for a walk round the main stadium. The butterflies fully hit then as I walked around the blue track with the hustle and bustle of people getting the track ready for the first day, all the country flags were up around the top of the stadium and the Olympic Rings were everywhere to be seen, the excitement was building and I felt so proud to finally be there. 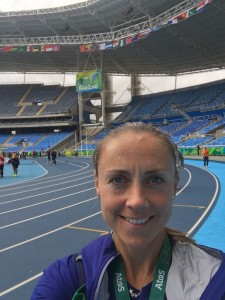 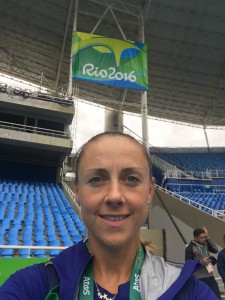 My home town of Newcastle were building up for the race and I was sent photographs from my family of bill boards and posters, local shops back home were getting right behind me and even the local electrical shop had turned me into a Henry Hoover. The support coming through from people was very touching and all I could think of was that I had to put in a great performance for everyone. 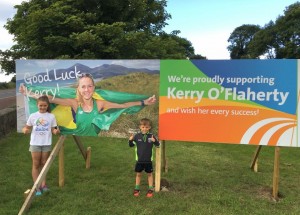 I had 4 days in the Olympic village before my race day, the trips to the dining area had to be strict as there is lots of tempting deserts, pizzas, and large freezers with all the ice creams and lollies you can eat and of course its all free. The dining area is approx the size of 6 football pitches or more and it can take 10-15min for you to choose your food and sit down as there is so much variety. We could get food and drinks and the desserts of course 24 hours a day, which is dangerous when you have an appetite like mine.
I was already planning my post race attack on the ice cream freezers – but first things first, my Olympic debut!