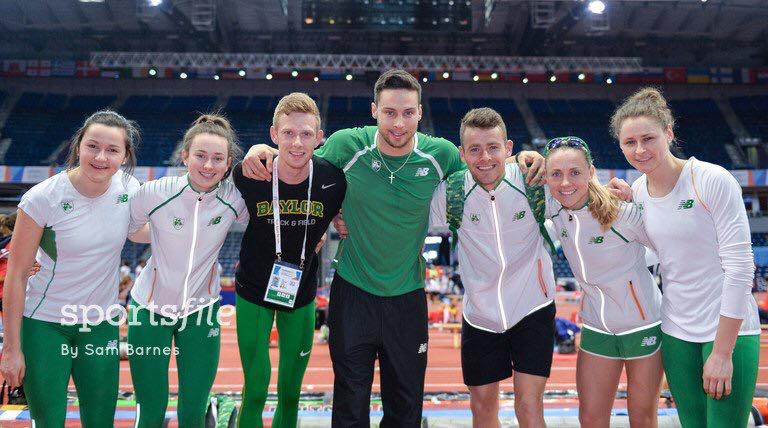 I can’t believe how fast 2016 went by, it felt like I was waiting for the Olympics for an age and now I can’t believe it’s 7, yes nearly 7 months that have passed by since I was standing on that start line in Rio ready to run the race that every athlete dreams of in their career.

2016 ended on a high for me, representing Ireland once again at the European Cross Country Championships in Chia. A team medal wasn’t to be this year with strong opposition from Turkey, Great Britain, Spain and Romania, but we all had strong runs and held our heads high finishing 5th team. 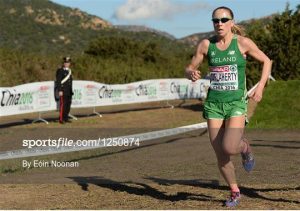 2017 came round really fast indeed and it started on a high with a call up to run a leg of the 4x1km relay at the Great Edinburgh Cross Country for Ireland. It’s a fantastic event and the relay is very exciting. There were tough challenges this year with strong teams from the USA, GB, Scotland and England. We finished in 4th, the support round the loop was great and the buzz was amazing. 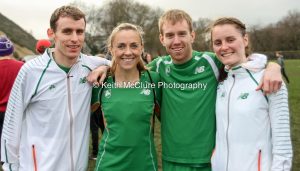 Earlier that week I had opened up my indoor season with my second fastest ever 3000m indoors (9:12.86) to finish 3rd at the Emirates Stadium in Glasgow. I was feeling strong but finished knowing there was extra in the tank. I had felt a cold coming on when I had raced on the road at the ‘world famous’ 5k at the Not Galan International on New Year’s Eve and after that week of racing the virus got the better of me and I developed a chesty cough and was feeling rough. 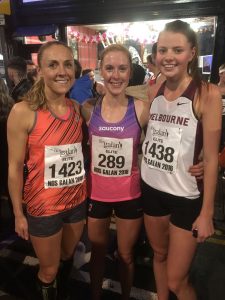 I only took one day off from running but was careful to make sure that I used the Heart Rate Monitor to ensure I wasn’t overdoing it on recovery runs – but I felt pretty heavy legged and drained for the best part of four weeks. The thing that all distance runners have to remember when they are unable to do the intensity that they want to is that it really is only a temporary blip and it doesn’t take to much to get back to where you were.

The middle distance athlete in me always wants to come out each indoor season and I just can’t resist running over 1500m. It’s good for my 3000m in one way to get the legs turning over that bit faster but on the other hand I must always watch out that the anaerobic animal in me doesn’t take over too much and deplete the strong endurance background I have built up over the winter months. 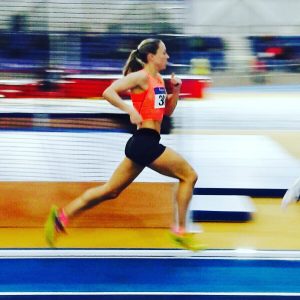 My first 1500m was at the new Irish National Indoor Stadium in Abbotstown. Finishing strongly to win the race in a season’s best opener of 4:16.04 and not far off my indoor PB, I knew that the European Indoor Qualifying Standard (4:15) wasn’t far off. However, I was determined to get the standard over the 3000m distance and so it was off to the British Indoor Championships in Sheffield a week later to get a fast race.

The British Championships ended up being disappointing with a slow tactical first km of around 3:15 when I had been expecting to try and hang in at around 3:00 pace. I got boxed in early on in the big field and couldn’t easily get through to try and dictate the early pace – a lesson for me for the future. Things then started to wind up with 10 laps to go. I finished in 6th position which is actually my highest position ever at these Championships but with a time of 9:19 (2nd and 3rd km both run at 3:02), I was still a good way off Athletics Ireland’s Standard of 9:05 for the European Indoors. 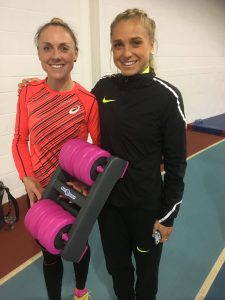 Only 4 days later was the Athlone International Indoor Grand Prix and with a fast 1500m billed there I knew I had a great opportunity to get pulled round to a fast time. This meet has grown in stature over the past three years and attracts top class athletes from across the world including the USA and Australia. With the likes of Zoe Buckman, Genevieve LaCaze and Irish colleagues Ciara Mageean and Emma Mitchell in my race it was going to be super fast with a pacemaker being asked for 4:05 pace over the first 800m. I felt super on my warm up, maybe due to the fact that my virus was well behind me and I had also been using my Back Baller foam roller every day to help my muscles recover from all the racing and travelling. I had nothing to lose up against these girls so I was going out to get on that train and run as strongly as I could. 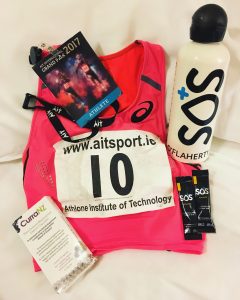 When the gun went only one athlete went with the pacer which surprised me, I was in the bunch and it felt a little slower than what I was expecting. As it turned out it was, but it just fast enough to keep the Qualifying Standard within touching distance. With four laps to go there was a break and I was boxed on the inside but didn’t panic, with three to go I had the opportunity to move out. I had missed the big break but there were still athletes around me to work off. I was finishing fast and strong closing down in the home straight to finish 7th but proud of mixing it with these faster girls. I hadn’t a clue what time I had run but part of me thought it just maybe wasn’t fast enough with the slower early laps.

I made my way up to the warm-up area where my coach was standing waiting to greet me with a massive smile. I had done it, 4:14.63, an Indoor PB and European Qualifying Standard. I was over the moon, excited and beaming from ear to ear. But first things first, a proper long cool-down had to be done as I had the Armagh International Road Race the next evening over 3000m. Some think I was crazy, but for me it was a fantastic opportunity to treat these two races like a heat and final. 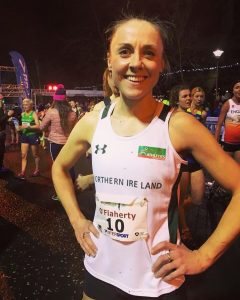 Armagh is one of my favourite races on the calendar, the strength and depth in the women’s race has become unbelievable with a ‘who’s who’ of Olympians, World and European medalists/finalists from far and wide. Morpeth’s Laura Weightman, coached by former world mile record holder, Steve Cram, set a blistering pace which we all were struggling to stay with. Part of me was questioning whether this was the right decision running tonight after we went through the first km lap in just over 3 minutes. Laura was winding it up and with a lap to go was going to be the clear winner. I made a move on the back straight of the Mall into 6th position but coming into the finish the girls kicked again and I finished a close 9th and in a course PB which I was delighted with. Laura smashed the course record running 8:59 (the previous record was 9:07 held by Mary Cullen).

It had been a great week so far for me and there was still a weekend of competition looming in just two days. I was entered for the 3000m and 1500m at our National Indoor Championships, but with the fast 3000 done in Armagh after the 1500m the night before I decided to opt only for the 1500m with an eye on the European Indoors. 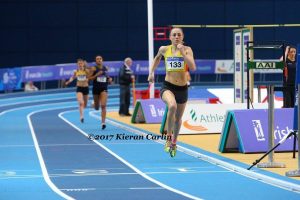 The National Championships are always a pleasure to run in and the new Abbotstown Stadium is another world class facility. I went out in the 1500m to run strongly and consistently and it was an added bonus to win the title that I had previously won in 2015 to add the 3000m title from 2016. 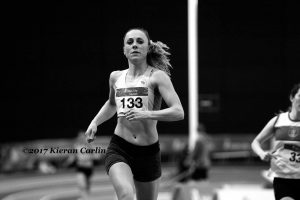 It was a hectic schedule of racing that week but I think it has set me up nicely for the European Indoor Championships in Belgrade this weekend. Training and preparation has gone well and I’m feeling stronger than I’ve ever been. This is the first European Indoor Championship of my career and although I’m stepping down in distance I’m excited to see what I can produce at this level.
My semi final takes place Friday 3rd March at 16:05 home time. 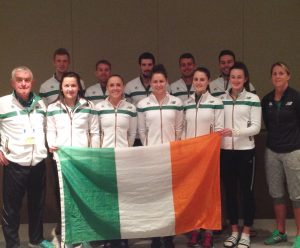