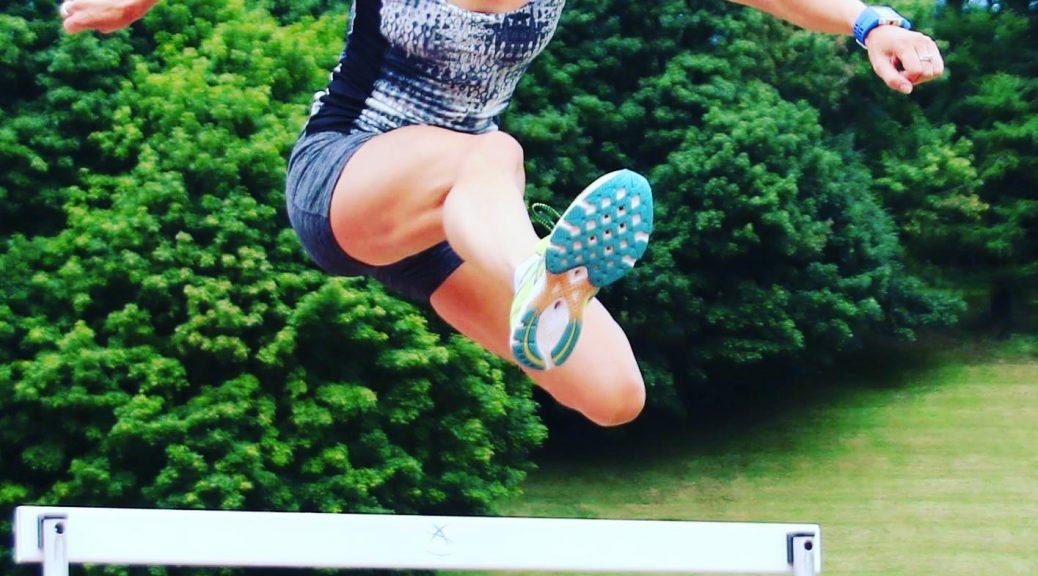 Well, it’s been a while since my last blog and even longer since I had an injury setback.

The indoor season was one of my best to date and I ticked the box for competing at another major championship, the European Indoors 2017 Belgrade. Unfortunately, I picked up another virus (cold) before the race and it didn’t go to plan, but I was proud to be there and enjoyed the experience. 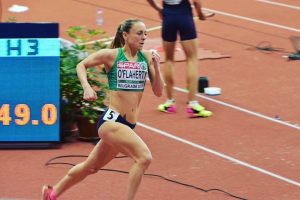 My spring trip to Font Romeu went really well. We had a big dump of snow as usual but it only lasted a few days and it was my final week out there so all the hard work had been done. My first two weeks back home also went well and training was going great. I developed a bit of tightness in my right calf but that’s normal for me when I come off a hard session on track, especially mondo! I was able to get it eased out and went in with confidence to my first race which was a 5000m in Solihull at the BMC. 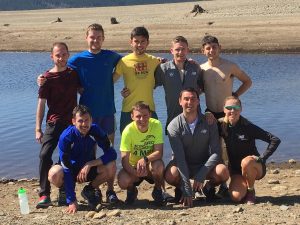 That night warming up with my friend Ciara Durkan I felt great, I popped on my spikes and got my strides in; the calf was a little tight but I rolled it out before the race and thought nothing more of it. The gun went and the race was going well, I felt very relaxed and strong and we were running at a great pace so I knew a PB was in sight.

All of a sudden with around 4 laps to go I felt a knot come on on the outside of my calf, it was sharp and made me drop back from the front group very quickly. I had never experienced this before and thought it was a cramp as it did disperse but I was unable to run up on my toes and I could feel my cadence and foot strike changing. I wasn’t sure what time we were on, as the clock had stopped at 3k! I ran on, as all of us stubborn runners do at times, only to find that after crossing the finish line that I wasn’t able to walk very well. Congratulations to Emma Mitchell (QUB) who had a fantastic race and ran a Northern Ireland record just outside 15:50. 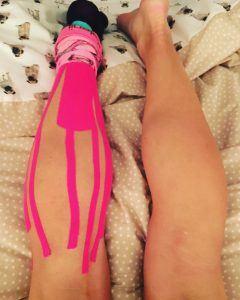 I managed to get my hire car back to the hotel and then ice my calf, it was swelling badly and I was in a lot of pain. Luckily my good friend Vince Wilson called me and told me that the hospital was a 5min walk away – well 10min when you’ve just torn your calf muscle! I hobbled over and was seen by a lovely nurse who confirmed that I had torn my calf and that it was possibly a grade 2!!!! I was so upset and in a lot of pain. It was very hard to sleep and when you’re on your own at times like this its even more upsetting. I had a lot of support though on social media from friends and family and coach Rodgers made sure he stayed on the phone until I was back in my hotel and all sorted.

I got home and spent the next three days laid up as the swelling was bad and I didn’t exactly know the extent of the damage without a scan. I got an appointment at the Sports Institute with my physio Kerry Kirk and doctor Alan Rankin to get the ball rolling on diagnosis and a rehab plan put in place to make sure I could salvage the season which was only just starting for me. 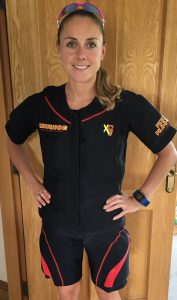 So the cross training plan was put in place with some loaded through a small amount of running – 5x30sec / 5x90sec / 5x4min. It seems a tiny amount of running but I was keeping my cardio fitness up Aqua Running in the pool like a mad thing and also doing some sessions on the cross-trainer. 2 weeks of full rehab and we got there, week 3 and I was up to a 10 mile run and pretty much back to full running with a tempo session and progression run under my belt. We even managed to pop over a few hurdles on day 19 post injury and a full track session on day 23. The support from my physio Kerry Kirk has been fantastic with everything going smoothly so far and hopefully not too much fitness lost at all. Also thanks to hurdle coach Tom Reynolds for all his encouragement in ‘getting me back on the horse’.

Local company www.eatnakedni.com sent me some great D.I.Y Meal Prep packages which was a lifesaver during my rehab as I was cross-training so hard and didn’t have a lot of time to go food shopping and prepare meals. It was great to be able to make sure I was getting a good amount of protein in to help the muscle repair and also being able to manage my macros meant that I could make sure that I could maintain my race weight throughout rehab – which is usually very difficult when nursing an injury and dropping from 70 running miles a week to 0!!!! I’m really enjoying the meals and it’s great to be able to get a meal ready in around 4mins! So handy for people like me with busy schedules.
I am delighted that EAT NAKED NI have come on to sponsor me for 2017 and help me in my journey of competing against the World’s best. My friends and family can use discount code; KERRY10 for a 10% discount on all orders! 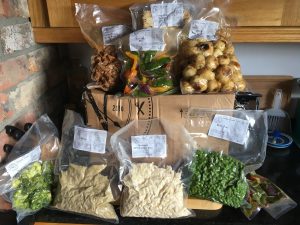 So it’s now time to test things out on the track in my first few steeplechases of my season. Unfortunately I have missed a couple in the past few weeks but I’m positive I can bounce back stronger like I always have after a wee setback.

There are only two ways you can go with a setback, you can let it get to you and go into a downward spiral, feeling sorry for yourself – which doesn’t help the healing process, or you can fight it, be strong and rise above the problem knowing that with pure determination, drive, sensible training/rehab, confidence and belief that you can and make a great comeback. Of course, having all the right support around you is fundamentally important too – thanks again to everyone.