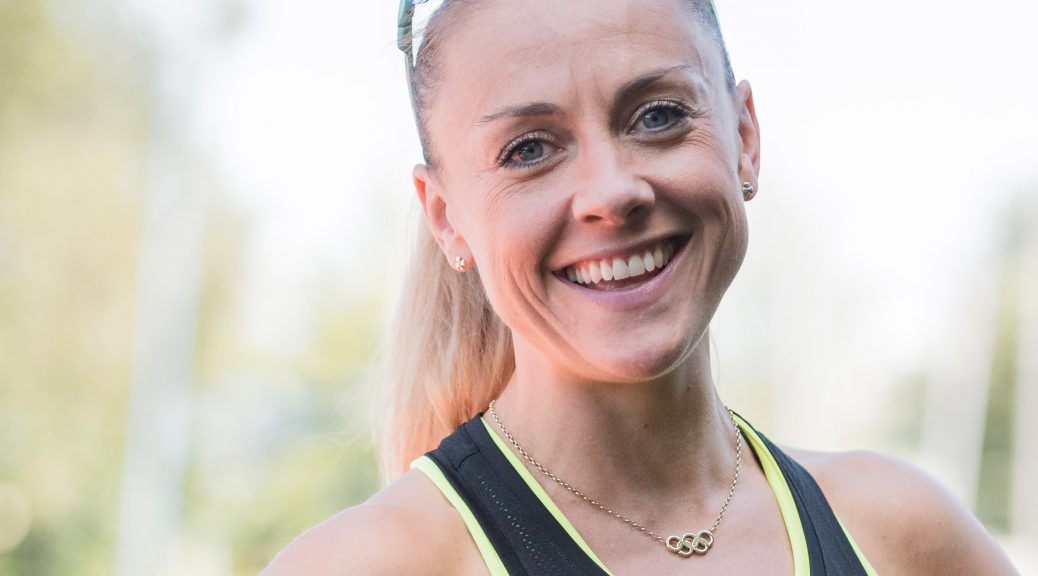 At the end of every track season many athletes “take a break”, this can range from one week to one month – or maybe more depending whether you have been carrying an injury or you body and mind just need that down time from the hectic regime of training, racing and traveling the world to compete.

Part of me loves the “off season” and part of me dreads it. Socially I love it as I get to catch up with lots of my friends, indulge in lots and lots of good food and fine wine (although I’ve never really been one to deprive myself of a treat), catch up with all those little jobs round the house and garden that you have put off and generally, well just be lazy for a while.

The bit I dread is becoming unfit, putting on weight, the struggle getting back into training and the niggles that always without a doubt (in my case anyway) kick in as soon as you start to load the system again and put the miles back in the legs.

Rewind back two years ago after the Rio Olympics and I took 10 days off to recharge, when I started back running I had an uncomfortable ache in the arch of my foot – this ache has been there for the past two years and this summer after a jump in the gym it became worse and a scan revealed a longitudinal tear in my Tib Post tendon. I have been lucky in a way as it is situated in a position that is highly unlikely to tear any further, but for the tendon to ever heal it would need surgery to stitch it back together.

So what do I do????? Go for the surgery that may result in me never being able to run again? Well at the age of 37 that seems like a real gamble to me, having made my first Olympics at the age of 35 I want to experience that again, I don’t want my career to end dictated by “injury” – the thing all us runners dread. I want my final goal to be big and Tokyo 2020 is my challenge.

After a long chat with the physios at SINI and my coach, we have decided to let the body do its own magic, I’ve overcome many injuries before and each time I’ve come back stronger – so why can’t I do this again? The body won’t naturally heal the tear because of the type it is, but I can work hard to make everything around the tear as strong as possible to support it – so that’s what I’m going to do.

Although I have been able to run and race without pain in the area (it’s just been stiff and sore after, especially after the impacts in a steeplechase), the past summer season didn’t go as planned but at least I know why now and I know what I am dealing with after an MRI.

I still ran a PB over 10k, made another European Track Championship and also won the overall Kia Road Race Series (5 wins out of 5) which saw me drive away with the overall prize of the lease of a Kia Ce’ed for the next year – so not a bad year really. 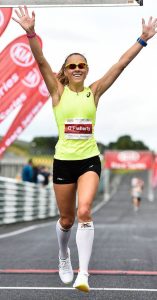 So following a week off after my final Kia road race where I ran strongly without any foot pain, I’m now “tearing on” with training under the watchful eye of my physio. I must admit I am finding the motivation low this week as I’m feeling unfit, sore and tired.

Running with club mates has been a big help though and I’m looking forward to seeing many of them competing at the Dublin Marathon at the end of October.
As for my torn tendon – we have started an intense rehab regime for the torn Tib Post tendon – oh and also for a grumbly achilles on the other side that has decided to complain about starting back running after a week off – theres always something – but sure if we didn’t have these niggly challenges then our running careers would be pretty boring and what would we complain about, right???