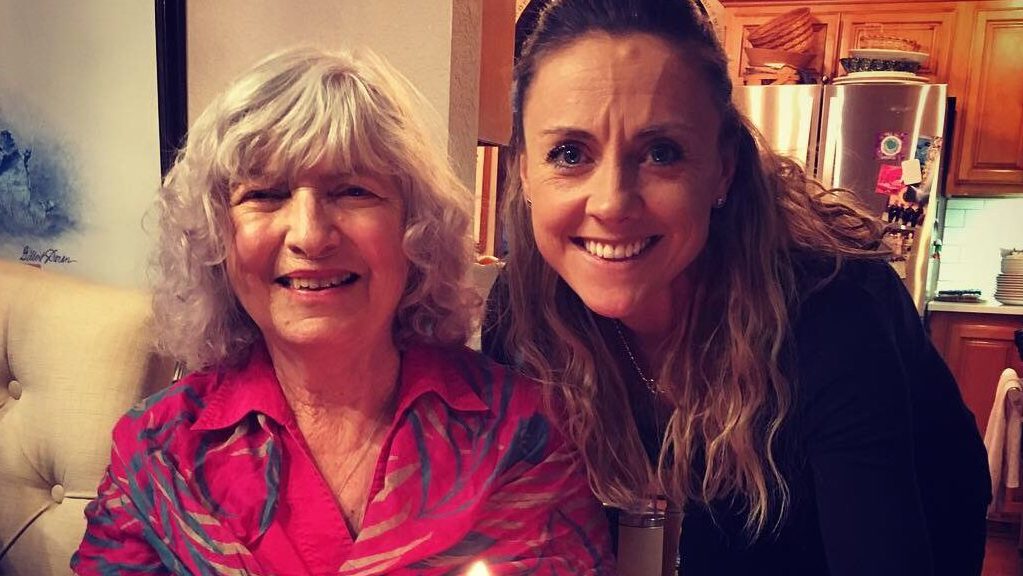 Our running paths can lead us in many directions, taking the less known path can sometimes be a gamble, we may approach a dead end – but we can always turn around, re-navigate (or take a look on your iPhone at google maps) and get back on route.

In 2012 my path led me to Albuquerque in the quest to make the London 2012 Olympics. I was travelling there with Fionnuala Britton (now McCormack) so I was excited to have company, but arriving and realising that I couldn’t keep up with her at altitude – let alone sea level, tested me not only physically but also emotionally.

The first “easy run” was more like a tempo to me as my heart rate soared and so I had to back off and run solo. I must admit I was a little upset and shed a few tears over the phone to coach Rodgers back home as I started to question what I had let myself in for and wanted to go home. 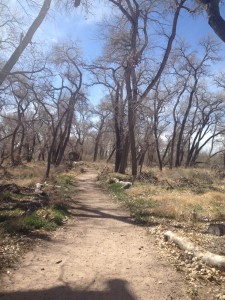 We had been welcomed into the lovely home of Judy Anderson, Judy had been taking runners in for many years after she had stopped running her Bed & Breakfast. Everyday after returning from our runs, Judy would be there with a warm friendly smile and the sweet smell of homemade waffles and bacon after every long run. She put me in touch with some of the girls from UNM (University New Mexico) so that I had company to run with and it worked out perfectly – well apart from getting lost on the way to meet them for the first time, which resulted in a few more tears and an extended long run – after running on my own and getting lost on the trails. 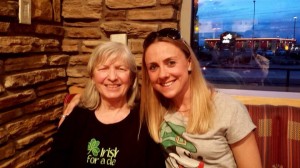 Judy’s home was so cosy and relaxing after a tough day’s training. She would always be baking and cooking and was sure to make extra for hungry runners returning from the Rio Grand (river) trails. She treated us like her own family, showing us the sights, the best shops, taking us line dancing and sharing her love of gardening and birds – especially the humming birds and butterflies that would visit. 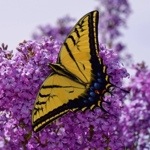 We definitely struck up a close bond even on that first trip. Maybe that was because I was a little bit of a lost sheep when I got there, but Judy saw that inside me there was a confident strong girl waiting to get out with a little bit of a push – she was later to christen me the ‘Comeback Shamrock’. 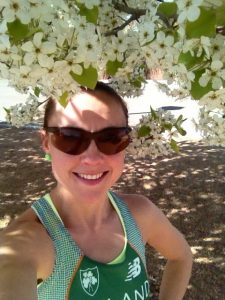 Leaving the comfort of Judy’s home and travelling to race across America was to be the next challenge which went pretty smoothly until the biggest challenge of my life would pop up just after a big high of medalling in the Steeplechase at the Mt Sac Relays and running a massive personal best. My Papa was very ill with cancer. I had last spoken to him whilst in Albuquerque and he had been given the good news that the chemo treatment had worked – so we were all delighted. Unfortunately it wasn’t long until he started feeling unwell again and we would lose him very quickly. I wasn’t able to get home, but was fortunate enough to arrange a Skype call to the hospital to speak to him. 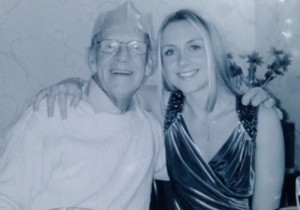 Papa passed away the day after that call. I remember waking and somehow knowing. I lifted my phone and there were the missed calls from home. It was very early in the house in Palo Alto where we were staying, so I went out to the garden to call home. I couldn’t go in for a good while after and I sat in the garden crying and crying and couldn’t stop. All of a sudden I felt something close to my face and could hear a fluttering buzzing sort of noise. I looked up and it was a little humming bird just like the ones in Judy’s garden, for a moment it brought me a bit of comfort and stopped some tears.

Outside of my family Judy was the first person to message me. She had only met me a few weeks before but it was a great comfort to me receiving her messages and checking in to see if I was ok as I was on a different time zone to my family at home. It was hard going home and Papa not being there. It is still very raw even 7 years on.

Not making the Olympics that year after an achilles flare up was really tough emotionally as I wanted to do it for my Papa. I was so determined to make the next one, once I had picked myself up and dusted myself down. Judy and I kept in touch and I returned again in 2014 with the 2016 Rio Olympics firmly in my sights and that year’s Commonwealth Games as my first stepping stone towards that target.

The 2014 trip to Albuquerque was as fun as the first. We got to celebrate St.Patrick’s Day at Judy’s again and also her birthday. ‘Boot shopping’ was fun but I just couldn’t choose and left without a pair of boots again. I left to go race and again medalled at Mt.Sac, which I was delighted with. This time I returned to Judy’s for some extra time at altitude and enjoyed every minute. Being at altitude, in the sun and also around an amazing person like Judy was definitely a recipe for running success – if ever you need a life coach she is the lady to contact.

I headed back to Ireland without my Commonwealth Qualifying Standard but it was so very close. I kept in touch with Judy mainly through Facebook and we would chat about our lives and also about her shamrock plant that like me would have its ups and downs – blooming one season and struggling to grow the next. When it would flower, Judy would remark that the Shamrock plant was blossoming well so that I must do the same and go out and nail my races. It came down to the final race in Belgium on the deadline date and I did it. After that night she christened me the ‘Comeback Shamrock’ – I’m sometimes afraid to ask how the plant is doing, but I know it’s in good hands with Judy. 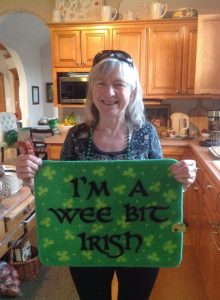 2015 was my best year to date in terms of personal bests and qualifying standards, hitting the World Champs and Olympic times in Letterkenny. 2016 was my dream year making the European Champs final and finally becoming an Olympian. So to return to Albuquerque this year (5 years on from my last visit) was a proud moment. 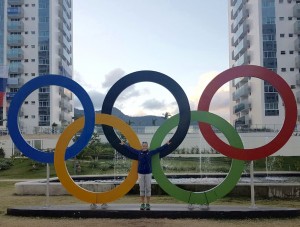 Judy came to visit us in Ireland for a few weeks at the end of last summer to get a taste of my world, running life, racing and day to day living as a full time athlete (part time worker). We had a fabulous time and she got to see me race twice and also win the ‘Pop Up Races’ Kia Final that saw me drive away in a brand new Kia Ce’ed for a year. I’m sure she was shattered by the end of it all as we did a lot of sightseeing, which included a wee trip over to Edinburgh, and so entailed a lot of walking too. 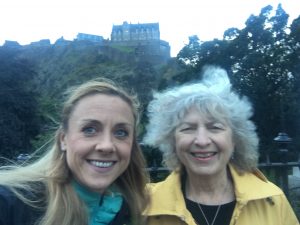 I guess we both had sore feet by the end of our Scottish trip but it helped walk off the big feeds we had and planted the seed for Judy’s next challenge. Leaving her off at the airport was really hard but I knew I would be back in Albuquerque soon and I sent her off with a pair of bright Asics trainers (to suit her personality) and the inspiration to continue her walks each day. Now if anyone else has ever met Judy, they will know she loves a challenge – and “if you can’t do it? Youtube it!” – and so she is now into month number 9 without missing a day’s walking – even in snow AND on top of her line dancing (somedays twice a day) and yoga – not to mention multiple trips to Trader Joes!  She has even started to include jogging into her run! Go Judy! 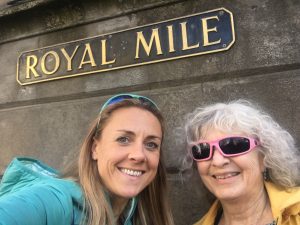 So returning to Albuquerque in April was very special to me, not only to head back to spend time with Judy and to run on the glorious Rio Grand trails, but to be returning to her lovely home as an Olympian having achieved what I had hope to do 7 years previously – but this time as a stronger and more confident individual who is still chasing dreams and wanting to achieve more – why not? 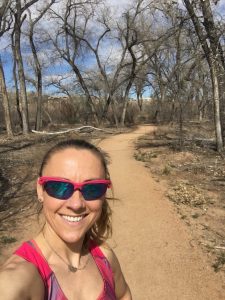 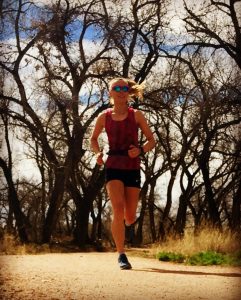 Just like in Ireland we packed a lot into my stay and one of the first things on the agenda was to go get those boots. Judy is a great shopper like myself – another love we have in common and so off to the boot store – which had closed down, so she was straight on the phone to source the next best store. We found the perfect pair but not in my size, so we looked at some more with me being very indecisive (never!) – finally the guy helping us out came back over with my size that had been hiding in the store – so straight to the till and I bought my first pair of authentic hand crafted Cowgirl boots from Mexico. 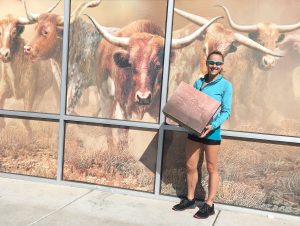 I definitely looked the part heading to Judy’s line dancing class that night, but not sure I can keep up with Judy’s ‘Golden Girls.’

It didn’t take me long getting back into the swing of Albuquerque life. Judy and I car shared for our separate schedules which worked out perfectly and by day two I knew the Albuquerque roads again like the back of my hand. I lost count of the number of trips to Trader Joes but we both never tire of that store – who doesn’t like free coffee and food samples on each visit? 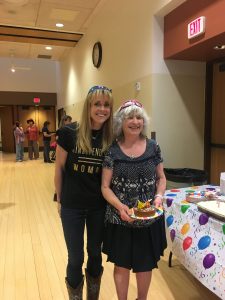 Breakfast, lunch and dinner was spent enjoying our meals, sharing stories and having many many laughs. I must admit I returned home a very spoilt runner from all Judy’s fab cooking and really miss our daily routines. I’ve never met a person more in tune with runners, she has that understanding and patience with us – because to be honest we can be Divas a lot of the time. 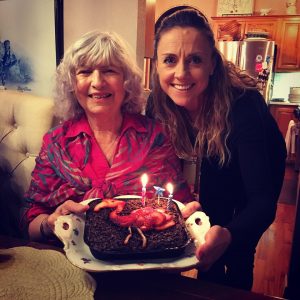 Seeing Judy around her friends is something special, she is a giver in every way thinking of others before herself, reaching out to those who need help and support even though she has gone through many tough times herself. We hosted her ‘Golden Girls’ on the evening of her birthday and even though it was her day she made the evening about everyone else, it was a really lovely meal and I enjoyed hearing everyones stories – especially some of the skeletons in the closet! But Mum’s the Word! 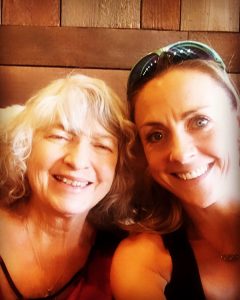 If I could bottle up some Judy and give it to everyone out there I would be a millionaire – she is one a million, an inspiration, a goal setter, a life coach, a great listener and someone who I’m so grateful to have in my life. Our lives have been so completely different in some ways and so similar in others, we seem to gel ($5 extra – a Judy & Kerry joke) into each other’s lives each time we have an adventure together. 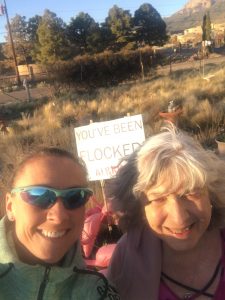 We are years apart yet very very similar at heart and although we are not related by blood we feel like family to each other. 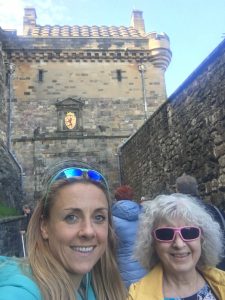 If I had one wish right now it would be for everyone to a have a Judy in their lives – “It’s not a perfect World” but if we had more Judys we wouldn’t be too far off.