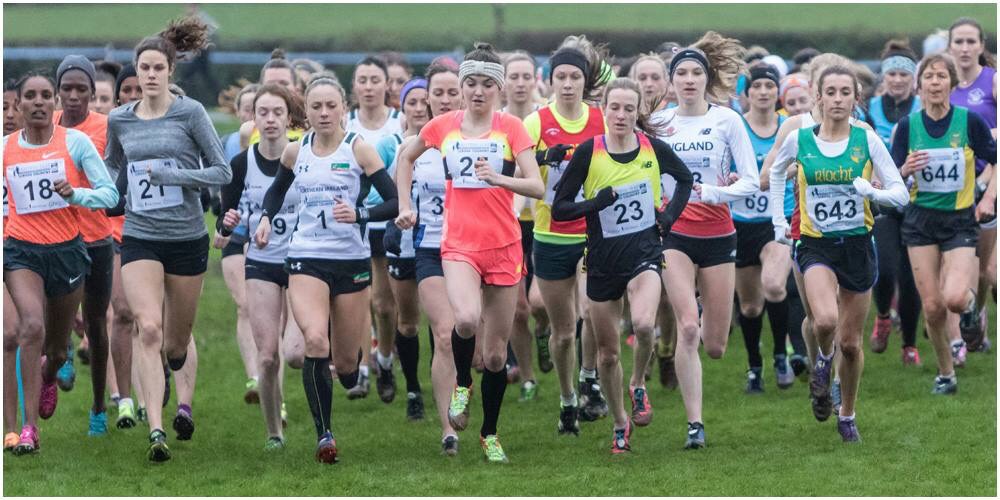 2015 ended on a high, I drove back from my altitude training camp in Font Romeu and ran a strong race at the National Cross-Country champions in Santry. At one stage I was back in 16th place and was thinking ‘a top 10 today would be good as this year had one of the strongest fields in history’. My final lap was my strongest ever, the mud had sucked a lot out of some people’s legs and I could feel many coming back to me so I dug deep and was able to keep the tempo going. I was delighted to finish 4th and secure a place on the Irish team for the European Cross-Country Championships. The icing on the cake was coming home from France with the team bronze medals to top off the most successful year of my running career so far.

December brought more good news as local company McGrady’s of Downpatrick came on board as my new sponsor. I’m delighted that they are able to help with my next altitude trip in preparation for the Rio Olympics. I have decided not to teach this year and put everything into training, recovery and preparation for the European Championships (July) and Olympic Games (August). I really wouldn’t be able to do this without the help I get from sponsors and of course my coach Richard. Running can be an expensive sport at this level with flights probably being the main cost and running shoes the next! I’m still on he look out for a shoe sponsor so I’m keeping fingers and toes crossed that I can secure something soon as I tend to go through a pair of running shoes every 4-6weeks!!!

2016 kicked off with an exciting 4x1km relay at the Great Edinburgh International Cross Country, the Irish team was made up John Travers, Laura Crowe, Eoin Everard and I was on the anchor leg. It was the first senior race of the day and the atmosphere was buzzing with crowds of people supporting the many talented runners on show. It was tough competition with strong Scottish, English, Welsh and European teams and the course was very slippy after all the winter rain and it was freezing. We ran really well to finish in 3rd position and secure our place on the podium. It was a great start to 2016 and it was great to be part of a team again working together and also having a bit of fun too.

Next up was the Antrim International Cross Country, not all track runners like cross country but we know it’s good for us and helps build towards a stronger track season ahead. The conditions were proper cross country – mud, mud and more mud. Into the first lap and I was feeling very strong, I did pick the better ground where I could and when I didn’t have an option I just tore through the sticky mud, the big challenge was the slippery slope of the hill on each lap, as I tried to dig in and attack the hill hard I was slipping like most others in the race, but it was over pretty quickly and back onto some better ground. I was with Beletu, the Ethiopian who won last year, for most of the way and finished just one second behind her. I think that’s the first muddy cross country I can truly say I have enjoyed. It was wet, muddy and freezing but at 5.6km it suited me well and I felt good coming home in 11th place.

My hurdle work with Athletics NI coach Tom Reynolds is really helping my overall running, my hips and glutes are strong and I noticed that in the cross country. I have also been working in the Sports Institute NI (SINI) with S&C coach Robbie Bremner. I’m in the gym twice a week working on my leg strength and torso control, it’s all helping towards the bigger picture of my summer steeplechase season and making the line in Rio. Kerry Kirk, my new physio in SINI, is making sure everything is moving and working as it should. It’s great to have her on board this year; to have a good physio on hand for such an important year is essential and I’m really enjoying working with her.
So this weekend kick starts what will be a short indoor season for me. This year it is so important that I don’t over cook things and so we’ve selected three races to run. The first is a 3000m in Cardiff. The next will be the Athlone International where I’m running 1500m and finally I will race over 3000m in the National Champs, again in Athlone. I’m looking forward to the indoors races to get out of the cold wet weather we have been having lately, at times it has been tough getting out there and stuck into a session in 50mph winds and buckets of rain being thrown at you, but that’s what runners do! I’ve actually enjoyed the rain at times after I’ve been running in a heat chamber at the University of Ulster in 35degrees – it’s been refreshing in a way and I guess that’s what makes Irish runners tough 🙂