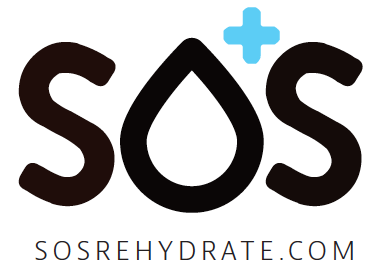 So with three weeks of steady running under the belt it was time to head off to my Altitude Training spot in Font Romeu. Car packed, puppy passports in hand and my designated driver, coach Rodgers, we were ready to hit the road.

Earlier in the week SOSrehydrate.com had sent me a great supply of hydration sachets for the training camp. I was lucky enough to get in touch with SOS just before heading out to Beijing and they had supported my hydration out there. The SOSrehydrate was a very essential addition to my training and kept me hydrated well throughout in the intense heat and humidity in China. read more 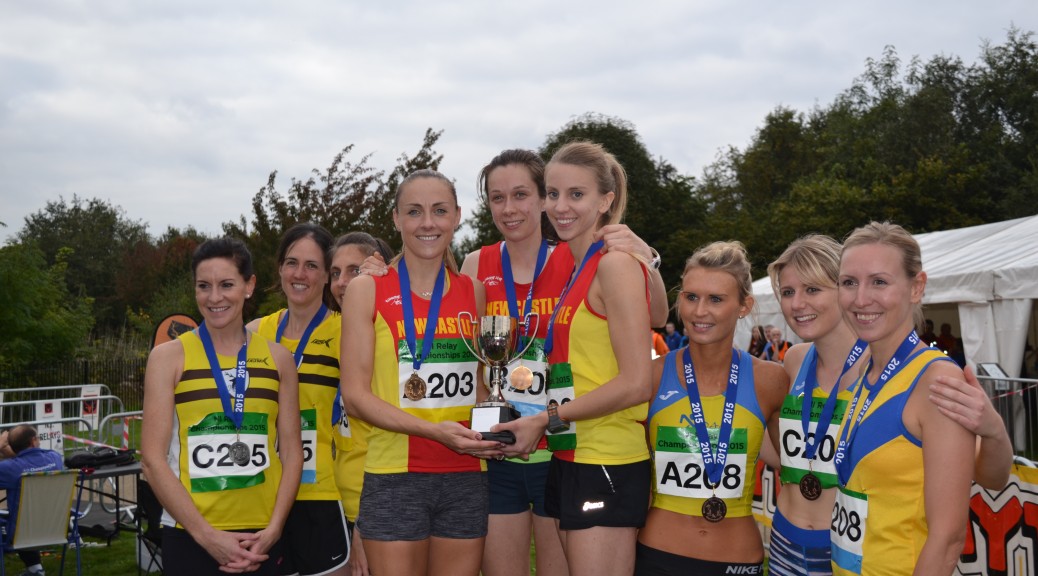 So two weeks off running at the end of the track season was reduced to 9 days when I found out that the Northern Ireland Road Relay Championships were to be held on 3rd October. With Newcastle AC female members growing we would have enough to put out two teams and also be in with a shout of medals! 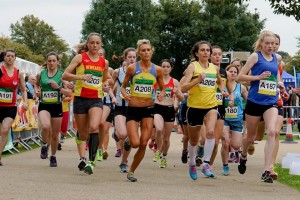 Starting back running after time off isn’t an easy thing. This is when injuries and niggles tend to happen as the body has gone into shut down mode, and when you start to spring runs on the legs again they tend to kick off with, “what on earth are we doing here, I’m still on my holidays!” read more 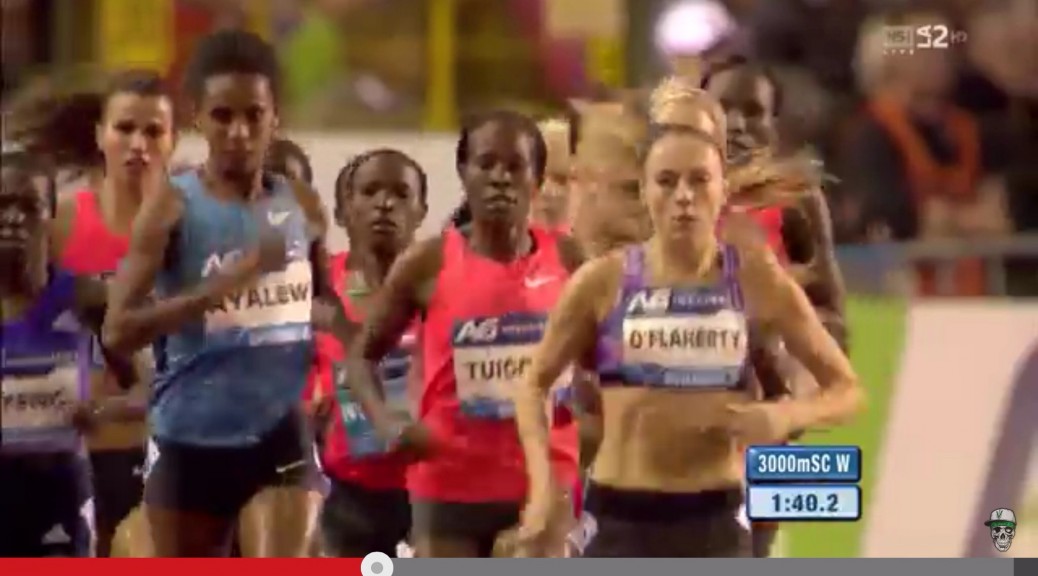 This summer’s track season is definitely one I will remember for a long time. I began it chasing the Olympic Qualifying Time of 9:45. Once I relaxed into racing mode I achieved this and slightly better by running 9:42.6 in Letterkenny in July, which qualified me for the World Championships in Beijing and next summer’s Olympic Games in Rio. 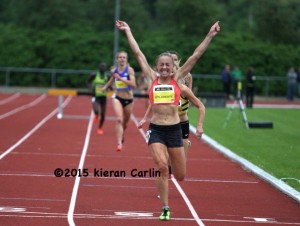 I am a born racer and really enjoyed getting back to some 1500m running especially at the European Team Championships in Crete, where I finished 3rd picking up good points for Ireland. Beijing was a fantastic experience and I have learned many things for my preparation on the Road to Rio. It gave me the opportunity to race against the best female chasers in the World, who only a few weeks later looked to me to pace them through to run one of the fastest times in history over the event. read more

Race day arrived and so did the nerves. I didn’t sleep much the night before and the 5am wake-up call came early. With a 10:17 race start I had to get up to eat and make sure the body was ready to go by race time. The sun was splitting the trees and temperatures were already hitting 30 degrees by the time we were warming up.
I was in Heat 3, which I knew would be fast due to athletes racing for times to make the final ahead of girls in the previous two heats. The call room was quiet and tense. I knew it was going to be very warm out there in the Bird’s Nest when I saw Emma Coburn arrive with a cool jacket on. I hadn’t seen one before, only the type my mum puts round her bottle of vino in the summer, lol. It’s definitely something I will look at investing in for future races in these climates – the human cooling jacket that is! read more 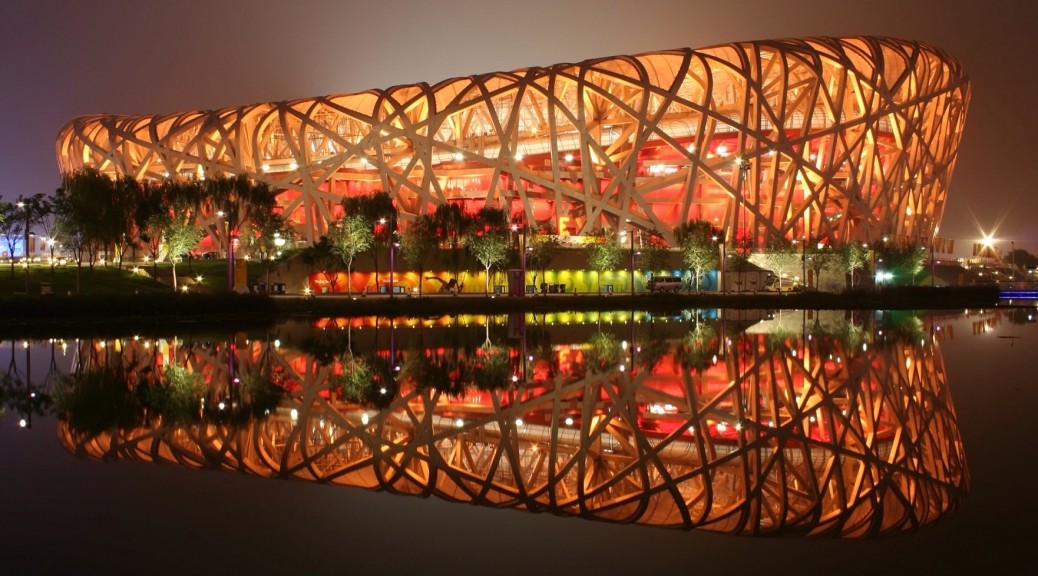 So right now I’m sitting on a plane to Beijing! I have just spent 8 days with Team Ireland in Hong Kong acclimatising to the hot and humid conditions in preparation for the World Athletics Championships in Beijing. We have a small team including my two fellow Irish Steeplechicks Michelle and Sara. It has been great being able to spend time together preparing for the same event and having company on runs and at the track. 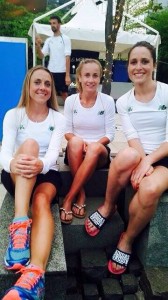 The plan this season was to try and get as close to the Olympic Qualifying Time as possible, I knew I was in good shape this summer but I guess I never expected to have one of the best seasons of my life so far. read more 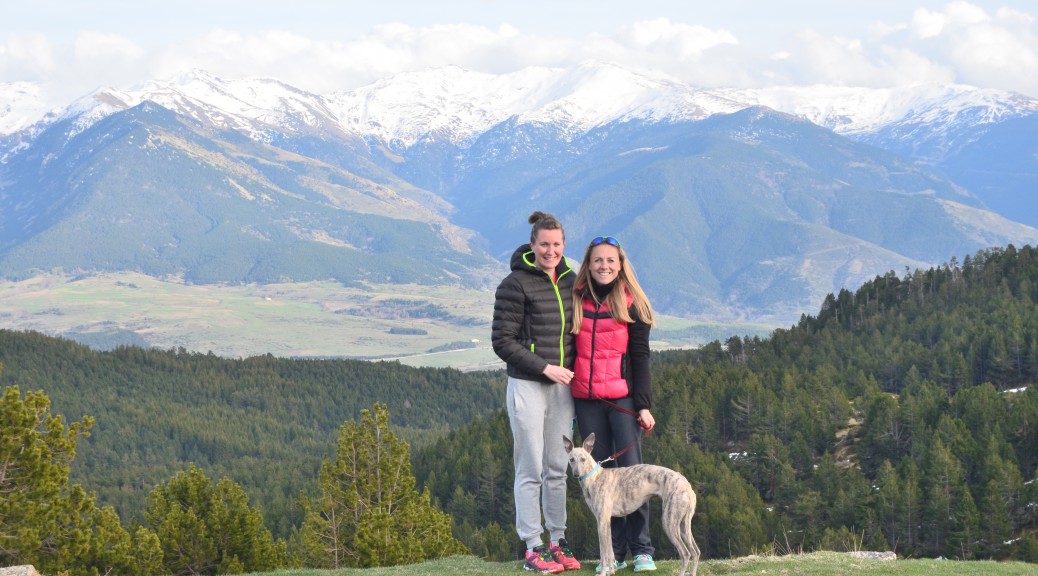 I went back to primary school in January to teach in a learning support centre which I really enjoyed and ended up not finishing there until the Easter holidays. During that period, training had gone well and I had a short but strong indoor season with PBs over 1500m, 3000m and won my first 1500m National title. Now I was itching to get back to Font Romeu for the outdoor track season preparations. 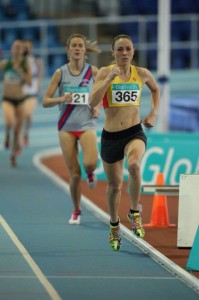 It was April and the last dumps of snow were melting at 6,000 feet. Coach Rodgers and I headed on our road trip with our new family member Lola, a rescue whippet that we adopted in February. Just by chance I saw her in a Gumtree advertisement seeking adoption – she was so like my whippet Zola who I had had nearly 16 years and was already named Lola and that made it even more spooky, we just had to have her. As its turned out she absolutely loves running and nearly covers 70 miles with me most weeks. read more 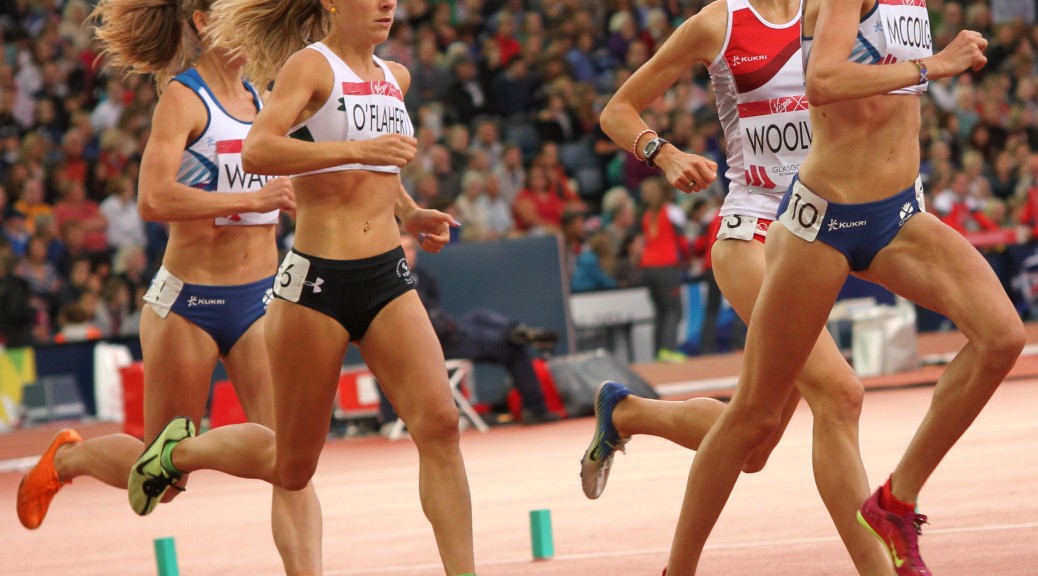 We always hear about the runners’ high but running is also a bit of a ‘roller coaster’ with highs and lows and most often there are long periods of lows which we feel will never end.

The New Year is often a time for reflection. 2014 has been one of my most successful years, I made it to my first major Championships, competed at the European Team Championships for Ireland and set a Northern Ireland Record (making it a career half dozen), but it was a road that included many bumps along the way, tears and disappointments but a determination to keep on going and keep on believing. read more 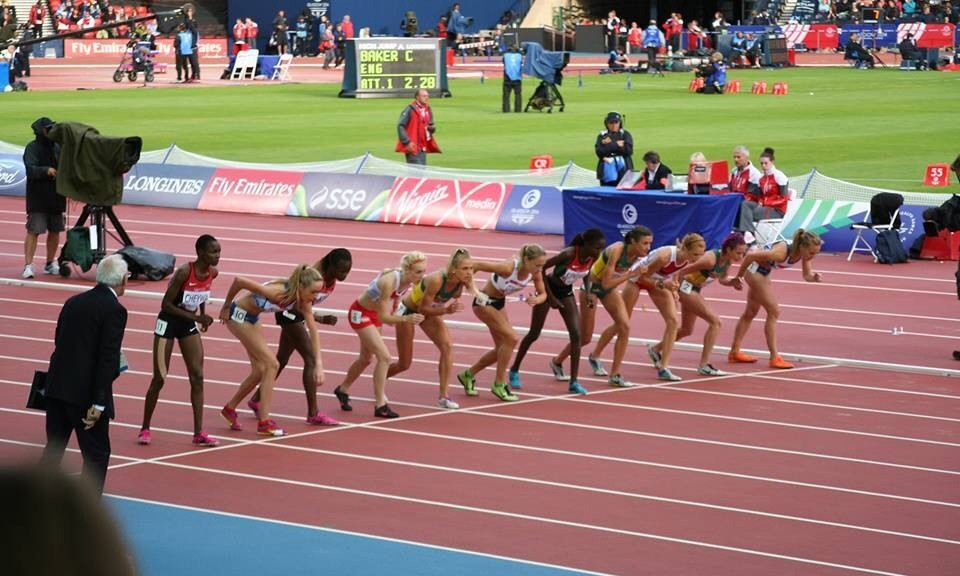 So I finally made my first major Championship this year after approx 10 years of hard graft and heartache along the way. I know I don’t have another Champs to compare it too but I must say that Glasgow and Scotland really did themselves proud and it was an amazing Games. 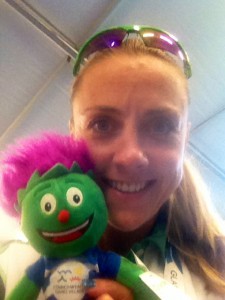 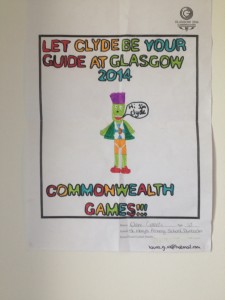 The Athletes village was set up really well, the 24-hour canteen had a lovely selection of food and deserts, we had a salon, merchandise shop, recreational rooms with games consoles, coffee bars and chill-out areas, a gym which included ice baths and our favourite, I think, was the BBQ area were we could get yummy food and amazing freshly made smoothies. The village streets were made up of rows of houses for each country, the rooms were cosy and we had a wee living room with a tele where we could keep track of our team mates as they competed in the different arenas throughout Glasgow. My preparation into the race all went well, but it was always going to be very hard to maintain peak form into the major race after working so hard. My racing season had begun in California nearly 17 weeks earlier – I had needed to make the qualifying standard. The atmosphere in the stadium was crazy, I had never heard noise like it. My family and coaches were in the crowd on the back straight and I was able to give them a wave which settled me seeing familiar faces before the gun went. read more

The Commonwealth Games are finally here, the build up has been exciting and preparation has gone really well.

My last race before the Games was last weekend at the National Championships in Santry. I dropped down distance to the 1500m to get some race speed into my legs. We had heats Saturday evening and all went well as I qualified through to Sunday’s final. I was very pleased to come away from Nationals with a bronze especially after running a 2:12 last 800m when my pb for 800 is 2:09 and great to know I had that turn of speed towards the end of a race. It was also great to see Ciara Mageean back racing on the track. read more 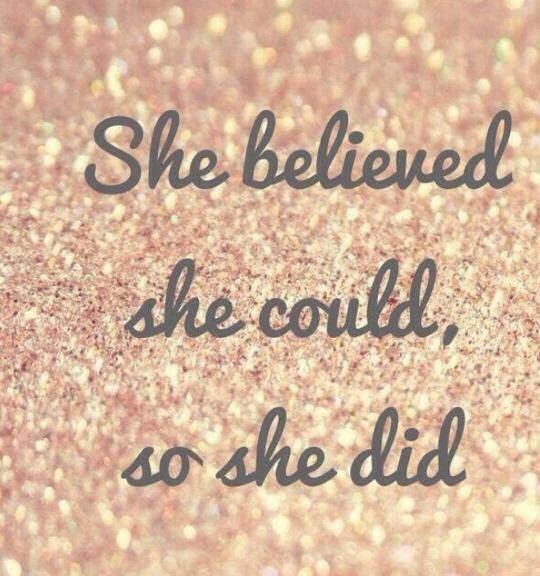 At the end of the summer 2010 I was in bits when I didn’t make the team for the Commonwealth Games in India; four years on and it was starting to look like that might happen again. 2013 had been a bumpy year with a run of unlucky injuries and it was all down to an early track season for me to bag the qualifying time for Glasgow. 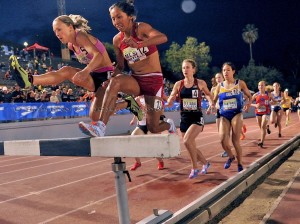 Leaving after more than 8 weeks in the US I must admit I felt a little deflated. I had been on a high after running 10:00 in Mt Sac and was looking forward to a faster race in Stanford. In the later stages of the race I didn’t feel myself and with two laps to go the lactic hit my legs pretty badly leaving me feeling like jelly. Crossing the line in 10:10 is not what I wanted to see. The journey home feels so long at times like these & there’s too much time to start over thinking things rather than just parking it and moving on. read more